Australian rom-com, I MET A GIRL, coming to Netflix

Devon (Brenton Thwaites) an aspiring musician living with schizophrenia, who always relies on his older brother, Nick (Joel Jackson) to care for him. That is, until Devon meets a mysterious girl, Lucy (Lily Sullivan) and falls madly in love. However, when she suddenly vanishes, leaving behind a note to meet her on the other side of the country, he impulsively embarks on an epic journey to find her.  Meanwhile, Nick, who thinks that Lucy is all in Devon’s head, sets off to rescue him.

Released in the US in September 2020, the it will now be making it’s way to Netflix in Australia and New Zealand. With major production investment from Screen Australia, it was financed with support from Screen NSW and Soundfirm.

“At a time when many of us have felt fearful and isolated, this film feels like the perfect antidote that celebrates the bonds of family and the power of self belief while spotlighting a character dealing with a very unpredictable mental health condition in a way that’s rarely been explored.  We can’t wait for audiences to fall in love with Devon (Brenton Thwaites) as much as we did.”

“I Met A Girl is a fresh romantic drama that delves into the complexities of mental illness with heart and humour, in a moving story that’s ultimately about the power of love. This is an impressive feature debut from talented director Luke Eve and with engaging performances from Brenton Thwaites and Lily Sullivan, I’m confident it will resonate with viewers across Australian and New Zealand on Netflix.”

Netflix will release the film in Australia and New Zealand on 2 April, 2021 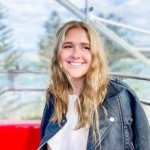 Abbey Mikkelsen
Abbey Mikkelsen is a producer of the ANJ, ROB & ROBBO SHOW, having worked previously at STUDIO 10 as the Production Assistant. She is a writer and producer of the TV BLACKBOX podcast, and contributor to the TV Blackbox website. She is also the host & executive producer of the PLAYING IT BY EAR podcast. For all media enquiries, please contact Abbey via: [email protected]
Previous articleSBS serves up its biggest commission ever, THE COOK UP WITH ADAM LIAW
Next articleUNDER INVESTIGATION – Jaidyn Leskie: Little Boy Lost
Advertisement

Based on Leigh Bardugo's worldwide bestselling Grishaverse novels, Shadow and Bone finds us in a war-torn world where lowly soldier and orphan Alina Starkov has just unleashed an extraordinary power that could be the key to setting her country free.

Series 3 of The Set begins this weekend on ABC, with Missy Higgins and Birdz. Also coming up this series is Ruel, Peking Duk, Julia Stone, Paul Kelly, Ziggy Ramo, and more.

Music From The Home Front was conceptualised by the Mushroom Group’s Michael Gudinski, who was well into planning this year’s concert when he died suddenly on March 2.

The second series of Matt Moran's YouTube show, Kitchen Tales, premieres on May 2nd, featuring an array of special guests including, Jimmy Barnes, Karl and Pete Stefanovic, and Angie Hong.

Everything coming to DISNEY+ in May, including STAR WARS: THE BAD BATCH, CRUELLA, and more