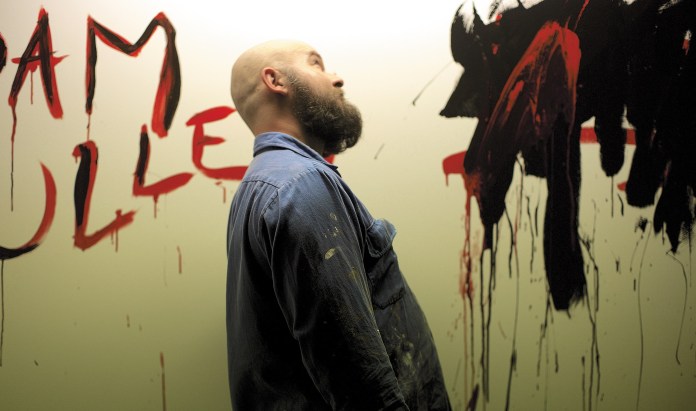 One of the most acclaimed Australian films of the year will get its streaming premiere next week on Stan.

Acute Misfortune is a film about theft and the commerce of theft, the instability of lies and of coming through an abusive relationship to find meaning in its wake.

Erik Jensen was an ambitious 19-year-old journalist at The Sydney Morning Herald when Archibald Prize-Winning painter, Adam Cullen, with a career retrospective at the Art Gallery of NSW, invited him to write his biography.

Based on Erik Jensen’s award-winning biography of Adam Cullen, Acute Misfortune is the story of the biographer and his subject, revealing details of an iconic artist and lauded author in unsparing detail.

The film is based on true events and is told almost entirely in real dialogue.

The meticulously researched film was named one of the best films of the year in The Monthly Awards and by Screen Daily and received The Age Critics Prize at Melbourne International Film Festival.

It's Life Day, and time for our Lego Star Wars friends to remember what its all about
Read more

It's Life Day, and time for our Lego Star Wars friends to remember what its all about
ABC

With insights from Freeman’s mother, insiders and media commentators, the film gives previously unseen glimpses into a moment of rare intensity.
ABC

Also, in the time of COVID it is vital we trust our sources of news and information.
AFL

The so-called Red Zone at the Royal Melbourne Hospital is where extraordinary battles against COVID-19 are being fought day and night.

The massive weekend of LIVE SPORT has arrived

RECAP | New bachelorette Kaitlyn is introduced on THE BACHELOR AUSTRALIA