The episode opened with host Jock Zonfrillo informing contestants Ungermann had departed the series due to, “a personal matter,”  and that “he will not be returning.”

Ungermann had been missing from two episodes last week. The popular contestant was arrested during filming of the series in March, details of his alleged offence have not been made public.

It was the final challenge in Twists Week and Poh watched on safely from the gantry having won immunity leaving 14 contestants up for elimination. They entered the kitchen to find seven benches with a cloche on each bench.

The twist for round one saw the contestants cooking head-to-head with the person standing beside them.  It was mate against mate. Whoever cooked the best dish on each bench was safe, with the least impressive dish going in to round two.

The secret to what they’d be cooking lied beneath the cloches, which were lifted to reveal a different cuisine for each bench. It was an open pantry with 60 minutes to cook a delicious dish.

On the French bench, Callum cooked a bouillabaisse while Simon went for snapper with lentils. Next there was Vietnamese with Tessa making a pork and prawn dish, competing with Jess’ prawn noodle soup. On the Japanese bench, Laura’s chicken and pork tsukane was up against Emelia’s tofu and tomato salad. On the Italian bench, it was Khanh’s prawn sugo pasta versus Sarah T’s tortellini in brodo.

The American bench saw Reynold do his own interpretation of an apple pie, while Sarah C opted for buffalo wings with a blue cheese sauce. Behind them was the Chinese bench, with Hayden making pork and ginger dumplings up against Tracy who cooked blue swimmer crab with black bean sauce.

At the back of the kitchen, Reece and Brendan had to come up with something Spanish. Dessert maestro Reece decided to make a crème catalane, while Brendan made potato prawn parcels.

It was time to face the judges and the least favourite dishes were in. Brendan, Hayden, Tessa, Laura, Callum, Sarah T and Sarah C all stepped up to round two.  But this time, the twist was – there was no twist!

The contestants were presented with five classic flavour pairings, and they could choose whichever one they wanted to make their next dish.

Laura was thrilled to see tomatoes paired with basil; Tessa, Sarah T and Brendan all went for the lemongrass and ginger combination, while Sarah C and Hayden chose horseradish and beetroot. Callum was the only one to choose apple and cinnamon.

It was another 60-minute cook and Hayden decided he was going to cook beef rolls on the hibachi, to dip into a thick beetroot and horseradish sauce. Jock was worried those key ingredients wouldn’t be the hero of the dish.

At tasting time there were five hits, and two misses, and in the end, it came down to the two horseradish and beetroot dishes. The judges found Sarah C’s tartare lacked refinement and her wattle seed cracker was strange.

Hayden’s rolled beef was over-cooked, and his sauce had an unpleasant texture seeing him the ninth contestant eliminated from the MasterChef kitchen. 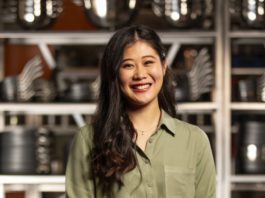 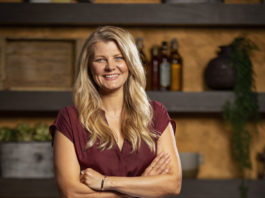 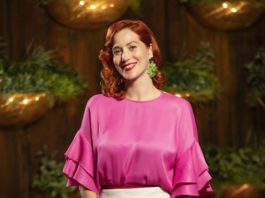 RECAP | Cool Chocolate means Sarah Clare is next to depart...