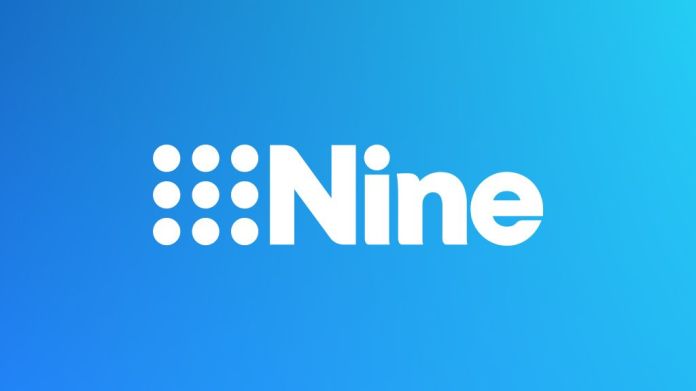 NINE ENTERTAINMENT has revealed its intention to acquire the remaining 45.5% stake in radio broadcaster MACQUARIE MEDIA with a formal announcement to the ASX.

Late yesterday the Macquarie board voted in favour of the deal however, as a matter of process NINE is required to get 90% shareholder approval. This would most likely come from Nine 54.5%, John Singleton 32.4% and Mark Carnegie 3.6%.

Should the transaction be approved it would be completed in December of this year.

This morning we are announcing to the market that we are making an offer to acquire the remaining 45.5% stake of Macquarie Media.  Attached is the media release which is about to go out. The release explains how strategically acquiring 100% ownership in this leading talk radio business, owner of stations 2GB, 3AW, 4BC, 6PR and Macquarie Sports Radio, helps drive our leadership in the news space nationally.

As we said, when the Nine-Fairfax merger was announced, at a time when the media and advertising markets are undergoing constant and inevitable change, there is real strength to be gained both for our people, and the audience we serve, from the breadth of our news and current affairs offering across television, digital, publishing and now also radio.

While they are different brands, often speaking to different audiences, there are also clear opportunities for all of you to collaborate and make even better content when the story fits.  Or to draw upon the resources of your colleagues where that make sense. And following the completion of the acquisition of Macquarie Media, radio will be no different.

The dedicated and talented people who bring the airwaves to life each day will continue today as they did last week, but with the certainty and support of the broader Nine business to enable them to be bold and speak to and for their audience each and every day.

As I said last year on the eve of the merger, Nine’s mission – to create great content, distribute it broadly and to engage both audiences and advertisers – does not change. But the breadth of our opportunity to do so will increase significantly through the addition and integration of radio which increases our audience footprint and allows us to better collaborate on content, but most importantly align as a sales offering.

Our message to the market outlines how we see real benefits for sales from this transaction. With the first aim being to increase Macquarie Radio’s share of radio agency revenues.  Additionally, should the offer proceed to completion, there will be cost synergies through the removal of one publicly listed entity and associated costs.

I will keep you updated as the transaction progresses. There will be more to say on the business performance on August 22 when we update the market with our full year results. But know that today’s news is a real positive and I’m excited about the additional string it adds to our bow.

Below is the official media release:

Nine this morning announced to the ASX an offer to acquire the remaining shares in radio broadcaster Macquarie Media.

Nine inherited the majority shareholding in Macquarie Media following its merger with Fairfax Media in December 2018.

“The acquisition of Macquarie Media consolidates Nine’s position as the leading provider of news and current affairs content across all of the key platforms – television, digital, print and now radio,” said Hugh Marks, CEO of Nine.

“We are big believers in the power of Macquarie’s talk radio network and in its people. A team who together drive debate and speak up so often for so many Australians. We look forward to the future growth of the business with the full backing of Nine and to ensuring that the Macquarie Radio team have the support, infrastructure and clarity to be able to do what they do best.

“Together across our businesses we will be investing more than $400 million per year in providing Australians with premium news and editorial content. Entrenching Nine as the go-to place for all news needs for all Australians, across all platforms.”

The offer values Macquarie Media at $275.4 million and will see Nine pay $113.9 million (at $1.46 per share) for the remaining 45.5 per cent stake in the leading talk radio business, which owns stations 2GB, 3AW, 4BC, 6PR and Macquarie Sports Radio, provided enough shareholders accept the offer to lift Nine to 90 per cent (and we can then acquire the remainder).

The acquisition will be 100 per cent financed from cash reserves and existing debt facilities and is expected to see cost synergies of more than $10 million, mainly from combining support and administrative functions, and taking out some corporate costs such as ASX listing fees. Subject to getting sufficient Macquarie Media shareholder acceptances, the transaction is due to complete by December 2019.

Robert McKnight
"Leading TV commentator" - The Daily Telegraph | "Known for his impeccable sources in the TV industry" - The Daily Mail | Robert McKnight is a highly regarded Australian Television Producer having worked at SEVEN, NINE and TEN during his 25 years in the industry. Publicly he is most well-known for creating and producing STUDIO 10 but has worked on Sunrise, The Morning Show plus other prime time productions in addition to creating award-winning news campaigns for both 7 News and 9 News. Currently Rob is the host and producer of the TV Blackbox, McKnight Tonight and Monsters Who Murder podcasts plus host & Executive Producer of the video streaming show The Ben, Rob & Robbo show
Previous articlePotential STAN and DISNEY+ deal set to dramatically change Australian Media Industry
Next articleVIDEO | Is Sportsbet’s new Todd Carney commercial Funny or a Vulgar Disgrace?
Advertisement

Watchmen helped push HBO to 30 wins in total, including 19 wins during the Creative Arts Emmys – more than any other network.
Read more

The new deal is expected to be for five years and for a smaller financial figure than the current six-year $241 million deal between Foxtel and 10.
Cricket

This years tournament will be broadcast LIVE on FOX CRICKET on Foxtel with all matches also available to stream on KAYO.
News

Watchmen helped push HBO to 30 wins in total, including 19 wins during the Creative Arts Emmys – more than any other network.
ABC

Tonight is the night COVID-19 shuts down THE BLOCK