Channel Nine is taking a big punt on a re-imagined The Weakest Link with the much-loved Magda Szubanski delivering the zingers and take-downs as contestants strategise, backstab, and vie for a cash prize of $250,000.

It last aired in Australia in 2001 under the watchful eye of the ‘Queen of Mean’, the late and great Cornelia Frances. There will invariably be comparisons, and it will centre on whether the loveable Magda pull off ‘mean’.

But Magda tells TV Blackbox this new version was never intended to be a knockoff, and she has no desire to be ‘another Cornelia’.

In fact, she deliberately didn’t go back and watch the old show, instead preferring to draw inspiration from the current US version hosted by Jane Lynch.

“Jane Lynch did a very different thing and that was what encouraged me to do it. When the producers first approached me, they sent me an episode of Jane Lynch doing it and I went, ‘ah, now that I get.’

So, it’s not brutal like some of the earlier iterations of the show, and it is its own beast, which is appropriate. It’s playful as well as stern, you know?

And the contestants are up for it.  It’s hilarious.  They want me to roast them, and I’m like ‘alright!!!’.

‘Mean’ is still part of the show’s DNA and Magda delivers by channelling her alter-ego, Lynne Posthelwaite, who first appeared on the TV sketch show Big Girl’s Blouse.

But even with the best of ‘mean’ intentions, Magda admits it can be hard to maintain a straight face all the time.

“That it is part of my nature; something that cannot be controlled, be tamed and will never go away.  It’s a genetic inheritance from my mother; that giggling thing.

But, I’ve got to get the balance right and that’s what I loved about what Jane Lynch did.  It’s tongue-in-cheek and some of it is in the interactions with the contestants.

They made me laugh.  What are you going to do? But, they’ve been great, the contestants. Absolutely bloody hilarious.”

Having campaigned for marriage equality and calling out online trolls, Magda is very much aware that some critics are already lining up to take a shot.

But turning 60 has given her a new perspective on the critics. She takes little notice and gets on with life.

“I’ll be honest with you; I don’t think I’ve been in any show where the critics haven’t slammed it.  I mean, people re-write history and don’t remember this, but ‘Kath & Kim’ was sledged when it first came out.

‘Fast Forward’ limped through its first year.  So, in some ways I am immune to it because I have been in so many show that were absolutely crucified.

‘Kath & Kim’ had really unfavourable reviews and then it all changed and you can almost graph it, the way it suddenly turned around and people were like ‘oh, I always loved it.  I always championed it.”

WEAKEST LINK with Magda Szubanski premieres Tuesday, May 25 at 9pm on Channel 9 and 9NOW. 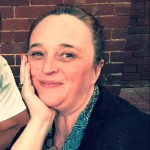 It's a blockbuster match up tonight as Daniil Medvedev takes on Aussie Nick Kyrgios in front of a home crowd at the Australian Open.

Filming commences on new Aussie drama series AFTER THE VERDICT

To catch a killer, four everyday people go beyond the call of jury duty in the 9Network’s gripping new drama series After The Verdict.