A quiet Friday night appears to be the new normal
Ratings

7NEWS Spotlight will pay tribute to the extraordinary life force of Dame Olivia Newton-John, in a special event episode to air this Sunday on Channel 7.
ABC

The Block is back with a promise to be the ‘biggest’ ever.

It’s a claim made every season by the show’s host, Scott Cam. But this time around, it might actually be an understatement. It’s massive.

This year, The Block swaps the city for the countryside of Gisborne South in the Macedon Rangers. Some 40-minutes from the heart of the Melbourne CBD, it’s a ‘Tree Change’ that sees contestants tackle renovations on a mind-boggling scale.

And as Scott Cam tells TV Blackbox, it required contestants to think big and dig deep to get the job done.

“You’re right. I say ‘the biggest and best Block ever’ most years because we base that on square meterage and size.

But this year is, without a doubt, the biggest show anyone has done anywhere in the world.

It’s huge.  I was calling it The Village because that’s what it reminded me of. We had intersections and carparks and we had a shop, selling coffee.  And the village square was out the front of my place.”

Scotty’s ‘place’ is the property’s original farmhouse that dates back to the 1860s. This season, we see him ‘on the tools’ restoring and renovating the homestead.

“It was really run down, so it was pretty much a rebuild.  We kept the front of the house, restored it to former glory. It looks exactly like as it was when it was first built.

Then added a new section to the back; a new pavilion and a new kitchen, lounge/dining. A couple of bedrooms and it turned out absolutely terrific with the big open fire-place.

I had a building team with me like the contestants did. I had the right carpenters, sparkies, plumbers, plasterers and all that sort of thing.  I designed the rooms with the help of the Block Shop.

I wanted it to have a very simple, contemporary-country feel. Not too over the top.”

Scotty’s Place became a focal point for the couples as they worked on their own homes on a 10-acre block of land.  Each home is at least 300 meters from another house.

It meant there was little opportunity for the interaction (and the drama) of previous seasons.

But the end results are impressive. Even Scotty admits to being amazed by what the contestants have managed to pull off.

“I’m always amazed by what they come up with and the finished product is very much up to them.

10 acres is enough where you can have your chooks and vegies, a tennis court, a bit of a vineyard  – you can do whatever you want, you know?

That’s what I love about 10 acre blocks.”

The Block: Tree Change was born of Melbourne’s Covid lockdowns that prompted executive producer Julian Cress to relocate his own family to the area.

Scott believes the Tree Change will appeal to many potential buyers and if the country location isn’t enough to entice them, the property’s sustainability design features might just get them over the line.

“Geo-thermal technology for the heating. It goes down about 30 or 40 metres below the surface.

It’s amazing. We’ve got 7-star rating for sustainability. The sewage is recycled.

We’ve got solar farms on each 10-acre block and we’ve got 50 batteries. You’ll never be ‘on grid’ ever.

Your water is on site. 250-thousand litres per house.  You’ve got all the water you’ll want.

So, it’s a fully sustainable, 10-acre block that once you purchase, you don’t pay out anything besides rates.”

The five couples who start the journey on day one are: football player Joel and influencer Elle from Bondi; Tom and Sarah-Jane from Melbourne; actress Sharon and accountant Ankur also from Melbourne; tradies Dylan and Jenny from the Gold Coast; and former professional rugby player Omar and building maintenance man Osman from Western Sydney.

But within days one couple leaves and is replaced by Ryan and Rachel from Sydney, who make the move to Melbourne with just eight-hours notice.

The Block: Tree Change premieres Sunday August 7 at 7pm on Channel 9 and 9Now. 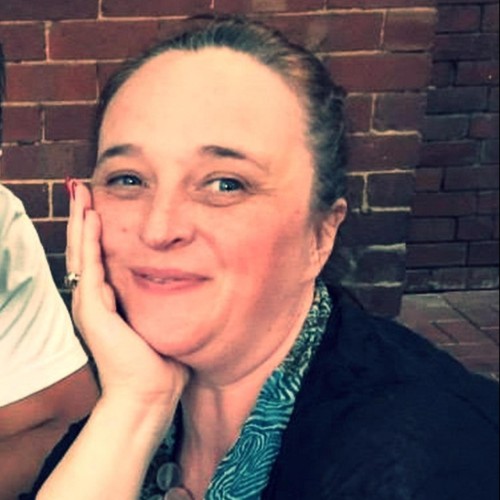 Nikole Gunn
Nikole Gunn has been a watcher of TV since the 70s. A writer of words since the 80s. A reader of the news since the 90s; Currently at Smooth 91.5FM

Prime Video has launched the new first-look trailer for...

This drama chronicles how in October 1958, the Sicilian newspaper L’Ora denounced the mafia and its endemic organised crime in the region.

A League of Their Own evokes the joyful spirit of Penny Marshall's beloved classic, while widening the lens to tell the story of an entire generation of women who dreamed of playing professional baseball.

In a huge weekend of Test rugby, the Wallabies will try and keep their place on top of the Rugby Championship with another match against Argentina.

Based on actual events, Five Days at Memorial chronicles the impact of Hurricane Katrina and its aftermath on a local hospital.

Six of the most resilient Alone participants from previous seasons are back for the new spin-off series to put their survival abilities to the test once more.

We are able to access the internet from any location, and if you can get online, you can find pornographic content.

Presenter and journalist Ross Kemp fulfils a lifelong dream in this new four-part series Shipwreck Treasure Hunter by diving down on shipwrecks and uncovering their history.

The new six-part series Lost Treasures of Ancient Rome follows international teams of archaeologists as they start a season of digging to find out more about life in the Roman Empire.

This Friday night Better Homes and Gardens is back after the Commonwealth Games and features Johanna Griggs doing a celebrity walkaround with singer-songwriter Vance Joy.

Wednesday Ratings | Nine in a purple patch with THE BLOCK

MKR moved into a distant second facing little other competition