There have been some developments in the USA in the past week that might affect Foxtel here in Australia. And Stan to some extent too.

The first big bit of news was the announcement that US telco AT&T is looking to spin off its WarnerMedia division into a separate $160 billion AUD company. As part of deal WarnerMedia would also be merged with the Discovery Networks to form a new mega-media conglomerate.

While Discovery’s properties currently include:

Foxtel currently has a long term content output deal with WarnerMedia signed in the middle of last year. So it should be said that they remain safe for a while yet. And as we’ve seen this week the state of play can change considerably in an instant.

But when that deal expires it’s looking increasingly likely that the new WarnerMedia-Discovery conglomerate will opt to not renew.

The reasons for this is by that time WarnerMedia-Discovery will likely have a combined HBO Max-Discovery+ streaming service or bundle that they will be looking to get into as many homes as possible worldwide.

This is bad for Foxtel in a lot of ways. Foxtel have built their new Foxtel Plus base package with Fox Showcase the centrepiece as they often tout it as the “home of HBO”.

In their quest to become more like Netflix all iQ3 and iQ4 set top boxes are now equipped with On Demand features. And judging by Foxtel’s own stated happiness with The Undoing and Mare of Eastown (both HBO shows) ratings and on demand numbers I think it would devastate them to lose HBO and HBO Max content.

Foxtel are also looking at disruption as Discovery comes to the end of their content rights output deal with Foxtel. I do not know when that is. But if the new WarnerMedia-Discovery looks to release the HBO Max-Discovery+ streaming service/bundle into Australia it’s not going to be good for Discovery’s channel’s on Foxtel.

There will either be a renegotiated deal in light of these changes or Discovery’s suite of channels will disappear from Foxtel much like Disney’s channels did when Disney+ arrived into Australia in late 2019.

The other big piece of media news last week was the revelation Amazon Prime Video is seeking to acquire MGM Studios.

The potential of an Amazon takeover of MGM comes at a time when Foxtel and Stan are bidding to secure an important new content output deal with MGM.

I don’t know if that goes through now if Amazon acquires MGM. It also doesn’t look good for Foxtel’s Movies HD channel package as there will be less possible variety of movies for Foxtel to access in the market now to offer its customers.

Amazon and their Amazon Prime Video streaming service will be strengthened having the thousands of movies and assortment of TV shows in the MGM vault available to their customers.

Unrelated to Foxtel but interesting still if the deal goes through is the release of the latest entry in the James Bond series of movies, No Time To Die. It was originally slated for release in March 2020 but has been delayed to November of this year due to the pandemic. If Amazon gains control of MGM will they release it directly to consumers on Amazon Prime Video?

Foxtel and Stan will have no choice but to double down on sports and original content (like drama, comedy, documentaries and lifestyle) with the extra money available in their content budgets in my eyes.

That means more Foxtel original shows like Wentworth and Upright and investment in AFL, NRL & cricket and any other sports they can get their hands on for Foxtel. More Stan original shows like Romper Stomper and Bloom and bidding on more sports rights when they come up for Stan. Things could get very interesting for sports viewers in Australia in the next few years. And there could be a renaissance in Australian produced drama and comedy. 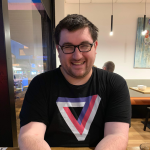 SECRETS OF PLAYBOY premieres on Foxtel this April

The ten part docuseries will unravel the hidden truths behind the fableand philosophy of the Playboy empire through a modern-day lens, the series delves into the complex world Hugh Hefner created and examines its far-reaching consequences on our culture’s view of power and sexuality.

Upload is a sci-fi comedy series from Emmy Award-winning writer Greg Daniels (The Office, Parks and Recreation), set in a technologically advanced future where hologram phones, 3D food printers and automated grocery stores are the norm.

Spanning the red earth of the Top End to the green pastures of regional Victoria, Muster Dogs is a four-part series that follows five Kelpie puppies from the same litter on their journey to become muster dogs.

ONE LAST TIME: An evening with TONY BENNETT and LADY GAGA arrives on Paramount+

The seven-figure sum has reportedly angered some at the network, but is the price worth the likely ratings winner?

THE MAN WHO FELL TO EARTH is coming to Paramount+

Based on the Walter Tevis novel of the same name and the iconic film that starred David Bowie, The Man Who Fell To Earth will follow a new alien character (Ejiofor) who arrives on Earth at a turning point in human evolution and must confront his own past to determine our future.

DEATH IN PARADISE returns to free-to-air with new season

The popular British whodunit series Death in Paradise is back for its tenth anniversary series as D.I. Neville Parker (Ralf Little) attempts to solve a slew of mysterious murders in the sun-soaked Caribbean.

Today Apple & A24 unveiled the trailer for the new film, “The Sky Is Everywhere,” based on the beloved novel and directed by Josephine Decker.

"The Crossover," a drama series based on the critically acclaimed bestselling novel in verse by Kwame Alexander, a Newbery Medal-winning and Coretta Scott King Book Awards' Author Honoree, has been ordered to series for premiere on Disney+.
Fox Docos

SECRETS OF PLAYBOY premieres on Foxtel this April

CHICKEN RUN and WALLACE AND GROMIT films coming to NETFLIX

Gus and Will return in new ‘flipping’ season of FLIPPING BANGERS