Based on an incredible true story, “The Greatest Beer Run Ever” is a heartfelt coming-of-age tale about friendship, loyalty and sacrifice.
Television News

Wentworth star, Shareena Clanton, vows she will “never work for this show again.”

UPDATED 07/04/21: Another actor comes forward, as the cast and crew are muzzled.

Since Shareena Clanton spoke out about her experiences, Indigenous actor, Meyne Wyatt, has also come forward with allegations of racism and homophobia on the set of the very same show. Wyatt was the first Indigenous actor to be a main cast member on the Neighbours, from 2014-2016.

Entertainment reporter, Peter Ford, reported that cast and crew are being told to remain quiet on the situation.

Shareena Clanton has again posted to Instagram, some of the negative responses to her original post. In her caption, she included:

“I did not make up/allege anything. These events happened. I have evidence and documentation that confirm the truth of these racist comments and ongoing disrespectful/inappropriate behaviours/crass comments on @neighbours… what do I have to gain here by speaking truth to one of the most powerful and multi-million dollar global production houses like Fremantle Media? I’m the one at risk of being blacklisted.”

Actress Shareena Clanton‘s guest role on Neighbours is set to air next week, but the actress has hit out at the show, and some of the cast and crew. While she didn’t name specific names, she did list multiple instances where she alleges it was a “culturally unsafe space”.

The allegations included denying to pay for a Wurundjeri Elder to be present for safety and cultural protocols, a senior staff member using the term “slave driver”, and an actor using the N-word, after which she confronted them and was told by staff to “go somewhere else”. She also states that she fired her agent during production for encouraging this “office banter”.

Shareena has been responding to comments on her Instagram with more information.

“I’ve only encapsulated some of the key things I was subjected to. I didn’t have enough space to talk about the micro aggressions of toxicity prevalent, the sexist and misogynistic commentary, the disrespectful and crude statements made every day, the deliberate ostracisation of those who called it out and the abhorrent levels of bullying.”

“The entire production needs a complete shift in cultural education and also reintroduce training around workplace integrity updated codes of conduct. I took it to the Executives and HR of Fremantle who have done little expect noted these concerns, offered just four sessions of counselling and forced the individual who said the N-word to have compulsory workplace training on a mandatory week where they were stepped down to consider their words and workplace behaviour, but nothing has changed and the culture of complicity continues.”

When asked about the Indigenous Committee in the Media, Entertainment and Arts Alliance, she said:

“I went to ICMEAA/MEAA with this and got equally problematic responses. I am withdrawing my membership as a result.”

“Neighbours strives to be a platform for diversity and inclusion on-screen and off-screen. Our quest is always to continue to grow and develop in this area and we acknowledge that this is an evolving process. Shareena’s involvement in the creative process and on set was invaluable and hugely educational and will benefit the series moving forward. There have been significant and lengthy discussions with Shareena during her time on Neighbours and we will continue to work with all cast and crew to ensure Neighbours continues to be a fully inclusive environment.”

“I know and respect the people at #Neighbours (not all, obviously, but many). I’m finding this story hard to reconcile. But I am BEYOND convinced it will be investigated to the fullest, and that every and all appropriate actions taken”

Shareena Clanton will be playing the role of Sheila Canning, who is in the area for business, where she encounters Colette Mann‘s character of the same name. Colette’s Sheila has been inadvertently stealing the mail intended for Shareena’s Sheila. Is is not the first time the pair’s roles have crossed, with Clanton, known for her role in Wentworth as Doreen, was also a reincarnation of Mann’s Doreen in Prisoner. 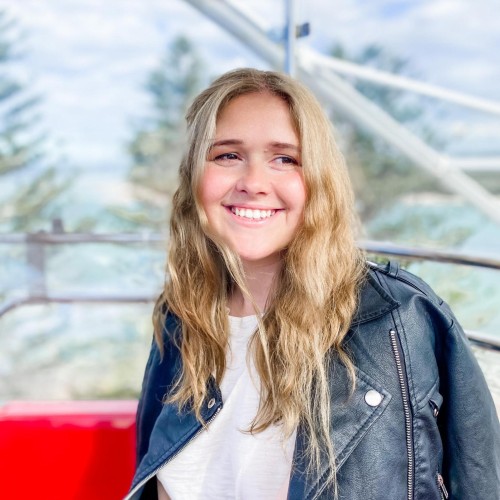 Abbey Mikkelsen
Abbey Mikkelsen is a writer and producer of the TV BLACKBOX podcast, having previously worked at STUDIO 10 as the Production Assistant, and the ANJ, ROB & ROBBO SHOW as a producer. For all media enquiries, please contact Abbey via: [email protected]