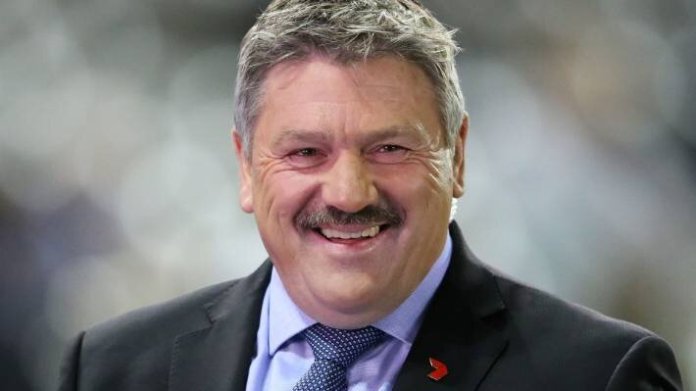 The Seven Network has confirmed its commentary team ahead of the 2021 AFL season that is shaping up as one of the most wide-open premiership races of recent times.

In a bonus for fans, two of the game’s biggest superstars – West Coast high-flyer Nic Naitanui and revered Geelong skipper Joel Selwood – will make guest appearances in the Seven commentary box throughout the season.

“A love of the game drives everything we do at Seven and we can’t wait to bring all Australians a 2021 AFL season that promises to be one of the most closely fought in years.

“We have assembled the game’s strongest, most talented and most experienced commentary line-up. After an extraordinary 2020, they’re ready and raring for the new season to start.

“One of the greatest broadcasters of all time, Bruce McAvaney, is stepping back from calling games but rest assured he will still be an important part of our on-air team. Bruce remains a vital part of Seven’s AFL, horse racing, the Olympic Games and other special events,” he said.

In 2021, for the first time, every Sunday fans can look forward to a mega day of live and free footy, as Abbey Gelmi joins Seven’s football team to host Sunday Footy Fest, a wrap of all the day’s action, including the VFL and AFL matches of the day, and the round’s highlights and news.

Happy hour has also been extended in 2021, with everyone’s favourite footy show, The Front Bar, set to return. Mick Molloy, Sam Pang and Andy Maher will again share a laugh about the week in footy and catch up with stars of yesteryear and today.

On Friday nights, Adam Cooney and Cam Luke will settle in on the sofa once more, offering viewers their unique take on the match of the round as Armchair Experts returns to Seven and 7plus.

Seven will also unleash premiership teammates Heath Shaw and Dale Thomas in the brand new Heater and Daisy Show, where the footy mavericks will give fans an unfiltered view of the game’s biggest stories on 7plus every Monday night.

For commentator Brian Taylor, there’s no shortage of intrigue ahead of the season opener on 18 March.

“March/April is the time when almost every fan thinks their team can win the premiership. Can the chosen players rise again? Which one of the competition’s young guns will become the next Paddy Dangerfield?

There will be plenty of compelling storylines for our team to explore,”

“Our line-up at Seven is full of knowledge and enthusiasm, and together we can’t wait to see all the questions that arise throughout the season answered.”

“I can’t wait to be back inside a stadium with roaring fans again. There’s nothing like the atmosphere at a big game. The tension and excitement when four premiership points are on the line is unmistakable – you can’t help but get caught up in it!

“Could the Tigers do it again? Of course, they could. Maybe Jeremy Cameron and Shaun Higgins are going to be the difference for the Cats, who went oh so close last year. Both would be wary of Port, though, who were only one kick away from reaching the big one last year.”

“I’m looking forward to the stars of the game doing their thing each week, the ones we know so well like ‘Bont’, ‘Buddy’, Patrick Cripps and ‘Dusty’. As well as those we don’t know so well but will soon – the young guns who are about to become household names.
“What a ride we are in for again. There’s nothing quite like our game.”

Enchanté or PHEW CHANTAY?! Mama Ru comes Down Under for the latest in her massive drag franchise | TV Bingebox S02E08