On Wednesday’s episode of The Bachelor Australia, virtual dating continued with Love in Lockdown.

Locky met five of the Bachelorette’s nearest and dearest via Skype, Juliette and Roxi’s relationship continued to suffer, and we were introduced to brand new Bachelorette, Bec.

With COVID-19 restrictions easing, Osher announced that the women who receive a rose in the next Rose Ceremony can safely return to the mansion. He also invited Bella, Steph, Nicole and Roxi on a group date with Locky… and their loved ones.

The family members wasted no time asking Locky the hard-hitting questions. However, he effortlessly charmed them, and they left their conversations with glowing reviews. While Roxi’s mum warned him of her alter ego Rhonda, Bella’s mother took a notable shine to Locky, even commenting that she would not be opposed to them getting engaged at the end.

The girls had bigger things to worry about though, with Osher introducing Locky to new Bachelorette Bec. The 25-year-old senior beauty consultant from Queensland described herself as carefree, adventurous and looking for someone who lives life to the full.

This resonated with Locky and as their virtual single date progressed, they talked about their hopes for the future. Locky could not help but feel like she ticked all his boxes. Captivated by her confidence and their immediate spark, Locky gave Bec a rose.

Bec’s entrance and the fact she received a rose put the other Bachelorettes on high alert, especially Roxi who logged onto a one-on-one chat with Maddy.

During their private conversation, Roxi questioned Bec’s intentions and suggested her connection with Locky was purely physical. Moments later, their chat was interrupted by none other than Juliette and Bec.

As Bec told the girls that her date with Locky was filled with deep and meaningful conversation, Juliette asked Roxi if she wanted to retract her original claims about Bec. Roxi was upset that Juliette called her out and an argument between the two ensued.

The Bachelor Australia Continues Thursday Night At 7.30pm On 10 And WIN Networks.

Inviting Frazer and Pete on a double date to hit the high seas, Elly and Becky were sure they were in for a day to remember.
Read more

RECAP | Aggi departs as things get Spooky on THE BACHELORETTE AUSTRALIA

Adam and Elly took a walk on the wild side, Becky and Sam found a way to pasta the time and we farewelled Aggi… and his luscious mane.
Read more

Opinion polls are giving Democrat contender Joe Biden a decisive lead, and despite Donald Trump’s insistence that victory is assured, even some of his most prominent supporters concede he has a battle on his hands.
Apple TV+

Following its suspenseful season one finale, the second season of the thriller takes a supernatural turn. As Leanne returns to the brownstone and her true nature is revealed, a darker future for all lies ahead.
Racing

Sports fans are in for a once-in-a-lifetime experience on Seven this Saturday as Australasia’s most prestigious weight-for-age race, the W.S. Cox Plate, celebrates its 100th edition on a day that promises to be the greatest in our nation’s proud sporting history.
Amazon Prime Video

Borat himself beamed in, live from Kazakhstan, for a virtual press conference with the excited Australian media. 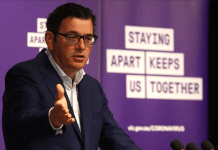 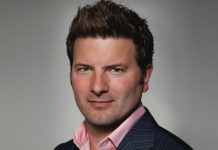