Massive weekend of LIVE Motorsport coming up on FOX SPORTS

A mega motorsport weekend is all gridded up and ready to go on Foxtel with Supercars in Sydney, Formula 1™ in Hungary and MotoGP in Spain, plus IndyCar.

Supercars will go night racing on Saturday and the spotlight will be on more than just the Sydney Motorsport Park layout, with championship leader Scott McLaughlin gunning to surpass Peter Brock on the all-time race wins list.

On the ground for FOX SPORTS’s wall-to-wall coverage of every session with no ads during racing will be host Jess Yates alongside experts Mark Skaife, Neil Crompton, Craig Lowndes and Mark Larkham. Coverage will including the Super2 and Super3 support categories.

FOX SPORTS will stay on the rev limiter for when the Formula One World Championship  ventures to Hungary with every session Live from Friday to Sunday night.

Lewis Hamilton well and truly signalled his intentions for a record equalling 7th title last weekend in Austria, but the intensity and action of F1 won’t let up as Max Verstappen, Valtteri Bottas and Alexander Albon nip at his heels along with rising star Lando Norris, and desperate Ferrari pilot Charles Leclerc out to forget an embarrassing last start crash with his teammate, Sebastian Vettel.

Daniel Ricciardo will aim for an upset at a circuit he has won at previously, while viewers will also receive coverage of the FIA Formula 3 World Championship where Australia’s next F1 hope, Oscar Piastri, holds the series lead.

The magic of MotoGP will keep you glued to the screen with Aussie Jack Miller aiming to halt the history books quickly being rewritten by Spaniard Marc Marquez – in his own backyard at the Spanish Grand Prix at Jerez.

Joining the FOX SPORTS MotoGP commentary team for race coverage on Sunday night will be stand-in Host Tara Rushton, alongside experts Chris Vermeulen and Kevin Magee for the season opener.

“I’m excited to be crossing over to the world of two wheels this weekend. It’s an exhilarating sport to watch and an exhilarating sport to be part of. The story lines evolving ahead of the 2020 MotoGP season are truly captivating – Aussie Jack Miller looks set to shine and is a fantastic character to get around, Marc Marquez – what can’t he do? Can he reproduce his stellar form of 2019? And who doesn’t want to marvel at Valentino Rossi? I can’t wait.”

Every session LIVE with Qualifying and the race ad-break free during racing.

Media Release
Previous articleNo kidding, there is an echidna in THE MASKED SINGER mix
Next articleBroadcast Calendar | All the LIVE sport you can watch on FOXTEL this weekend
Advertisement

It’s a big weekend of motorsport with the Supercars LIVE in Darwin.
Read more

Originally scheduled in May as the second major of the year, the 2020 PGA Championship will now be the first major tournament with the US Open and The Masters to follow.
Read more 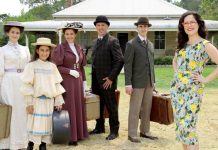 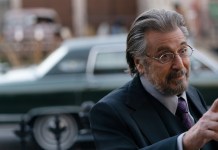 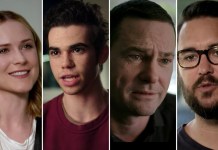 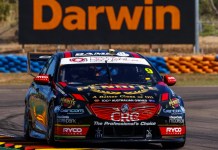