On the 19th of March, thousands of passengers disembarked from the Ruby Princess cruise ship in Sydney harbour.

Their “luxury” cruise holiday had been cut short after authorities announced cruise ships would be banned from Australian ports as part of measures to stop the spread of coronavirus.   Passengers mingled in groups on the shore before dispersing around the country and overseas.

Far from protecting people, the release of the Ruby Princess’s passengers instead triggered a public health emergency with the cruise ship now named as the single largest source of Australia’s coronavirus infections.

“I can’t think (about) who I infected. I can’t.  I just can’t do it. I’m sorry if I did and if it caused somebody to get sick or to die.”  Passenger infected on the Ruby Princess

On Monday Four Corners investigates how the Ruby Princess became an incubator for infection, leaving its passengers and staff dangerously exposed.

“As far as I’m concerned, they put the mighty dollar first and they never put our safety first.”  Passenger infected on the Ruby Princess

Owned by the world’s largest cruise company, Carnival Corporation, the Ruby Princess was one of a fleet of cruise ships operating as the pandemic gathered speed.   The company was well aware of the risks.  Only five weeks earlier, a sister ship, the Diamond Princess, created world headlines when its passengers were trapped on board as the virus spread.

“You’re enclosed, you’re breathing in this air…It could be anywhere, you know? You’re hiding from something you don’t know and where do you hide?”  Passenger infected on the Diamond Princess

Four Corners examines the crucial decisions made by the cruise operator as they continued to take people to sea.  In interviews with passengers on multiple voyages, an alarming picture emerges.

“Ship life was the same. There was entertainment all throughout the day and the night. Nothing had changed whatsoever.”  Passenger infected on the Ruby Princess

Four Corners also investigates the actions of Australian authorities who allowed the ship to dock and the passengers to disembark, taking the virus with them.

“The Australian authorities should have been put on notice as any other port authority at that particular time that cruise ships coming in were potentially going to be sources of the virus and that steps needed to be taken.”  Lawyer

With the cruise company already busily marketing future cruises once the pandemic restrictions are lifted, some of those infected with the virus say action must be taken.

“Somebody needs to be held accountable…because they have a duty of care, or supposedly a duty of care to look after their passengers…I nearly lost my life.”

It can also be seen on ABC NEWS channel on Saturday at 8.10pm AEST, ABC iview and at abc.net.au/4corners. 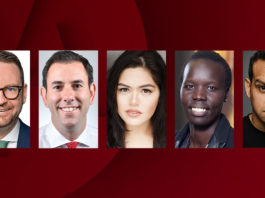 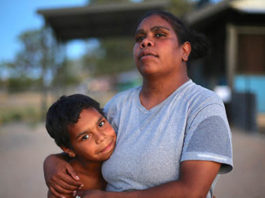 The critically-acclaimed documentary IN MY BLOOD IT RUNS screens in July... 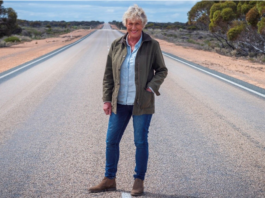