ABC ME’s new offering Definitely Not News is a weekly half hour spoof-comedy, taking on the news world during a challenging time for school children.

Laughter is the best medicine and for those missing school and friends ABC ME have come up with some of the funniest ‘news’ around to help alleviate some social isolation anxiety.

Whether it’s of national importance or whether they just made it up, ABC ME presenters Ava, Drew, Pip and their eclectic band of reporters are committed to bringing viewers everything that’s definitely NOT news!

Children across Australia also have a chance to be part of the fun, with Stay At Home Reporters bringing you the news from their backyards. The presenters play multiple roles across the episodes including news anchor, weather reporter, mystic psychic and more.

The production is split into three stages, beginning with the writing team, made up of seasoned comedy writers Adam Bigum, Bec Petraitis and Andy Matthews from productions such as Mad As Hell, The Project and The Checkout. Beloved ABC ME presenters Ava, Drew and Pip self-shoot the segments, guided by our experienced producers over video chat. The footage is then delivered to the post-production team, via file transfer, who compile the edit and audio post off site.

Libbie Doherty, ABC’s Head of Children’s said, “Creating a new series that answers the needs of our audience and is produced in an innovative way that ensures a safe environment for our production team has been an exciting challenge. The whole team have flexed their creative problem-solving flair and proven highly adaptive and flexible under the current circumstances.  They finished working in a studio one week and were creating content from their homes the next.”

Definitely Not News airs Saturday mornings at 11:30 am on ABC ME
or any time on iview and the ME App.

A dramatisation of the Who Wants to be a Millionaire? cheating scandal from 2001
Read more

Haley Joel Osment and Mark Hammill will both have guest star roles in the second season.
Read more 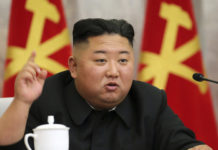