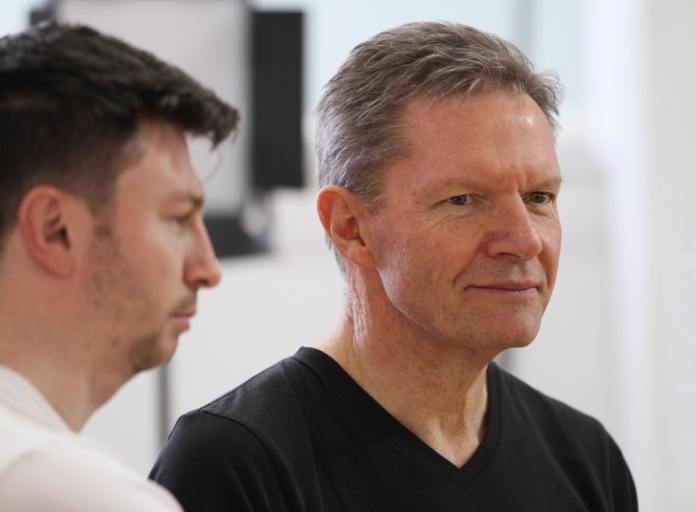 Two of Channel 10’s longest senior employees are leaving the network. Executive Producer Maria Michael and Head of Comedy Paul Leadon will be finishing up soon as the network continues its transformation after the merger of Viacom and CBS.

“Maria and Paul have been wonderful colleagues and have made a great contribution to the success and culture of Network 10.

“They leave the network with my sincere thanks and all the very best wishes for the future.”

Michael is a liked figure within 10’s Pyrmont building and is known for being a ‘all hands on deck’ type of person. No job is too big or small for her.

Leadon is also a long-time employee, having been at the network for 16 years. As Head of Comedy Leadon was most recently overseeing How To Stay Married but has previously worked across many genres and shows including Hughsey We Have A Problem and Gogglebox.

The news comes after Chief Content Officer and EVP ViacomCBS Australia and New Zealand Beverley McGarvey sent out a note to staff on Monday advising of “transformative measures”, saying;

“As part of the measures being undertaken, some staff will leave Network 10 and ViacomCBS Australia and New Zealand.

“To those staff, let me express my sincere thanks for all your hard work, dedication and professionalism during your time here. We will fully support you during this period and I wish you all the very best for the future.

Maria has been a valuable and dedicated member of Network 10 for the past 34 years, leading the production of many key programs including Video Hits, Family Feud and Bondi Rescue, and winning four TV Week Logie Awards with The Living Room.

Paul has been an integral part of the Network 10 team for 16 years, developing, writing and producing a number of key programs, from Rove Live, Good News Week and The Project (which he helped launch in 2009), to Hughesy, We Have A Problem, Gogglebox and How To Stay Married. He was appointed Head of Comedy in 2013.

Robert McKnighthttps://tvblackbox.com.au/robert-mcknight/
"Leading TV commentator" - The Daily Telegraph. "Known for his impeccable sources in the TV industry" - The Daily Mail. Robert McKnight is a highly regarded Australian Television Producer having worked at SEVEN, NINE and TEN during his 25 years in the industry. Publicly he is most well-known for creating and producing STUDIO 10 but has worked on SUNRISE, THE MORNING SHOW plus other prime time productions in addition to creating award-winning news campaigns for both 7NEWS and 9NEWS. Currently Rob is the host and producer of the TV BLACKBOX, MCKNIGHT TONIGHT and MONSTERS WHO MURDER podcasts plus host & executive producer of the video streaming show THE BEN, ROB & ROBBO SHOW.
Previous articleEXCLUSIVE | Big Brother porn scandal
Next articleNeed more of THE LAST DANCE? ESPN to air exclusive cinematic production of 1998 NBA FINAL
Advertisement

Jack, Travis and Ash were the furthest off the 200m mark, and therefore had to move through to the second round, which required bravery and brains as they attempted to guess how many rats were in the Hell Hole of Destiny.
Read more