THIS WEEK ON 60 MINUTES

ESCAPE FROM THE PALACE

Divorces are often messy and costly affairs, but nothing compares to the one that currently entangles the royal family of Dubai. The Emirates’ ruler, Sheikh Mohammed Bin Rashid Al-Maktoum, is pitted against his ex-wife, Princess Haya Bint Al-Hussain, who surprisingly at this point, holds the upper hand. In this billion-dollar battle a judge has ruled the Princess’ claims that the all-powerful Sheikh intimidated her with guns and threatened her with imprisonment are true. Other accusations against Sheikh Mohammed are so outrageous they’re difficult to believe, but as Tom Steinfort has been reporting for two years now, this royal ruler has form.

SHOT IN THE DARK

Right now, there’s one thing all eight billion people on earth are wishing for: A vaccine for COVID-19. Political leaders everywhere, sweating on getting us to the other side of the pandemic, boldly promise it’ll happen within 12 to 18 months. But why should they be so optimistic?  After all, vaccines normally take decades to formulate and manufacture, and quite often success never comes. As Liam Bartlett finds out, some scientists say talk of a coronavirus vaccine is not only raising false hope, it’s fake news.

It doesn’t happen that often, but two-time world surfing champion Tyler Wright does know what it’s like to be wiped out in the water. What’s been a shock for her though, is being wiped out on land. Two years ago, long before coronavirus brought its menace to the world, Tyler was struck down with the flu. Like many people who get it, she thought she’d be right, but she was wrong. Tyler was hit so hard with post-viral syndrome, at one point it even looked as if she’d never get back on her surfboard. But how she fought back is what makes Tyler Wright a real champ. 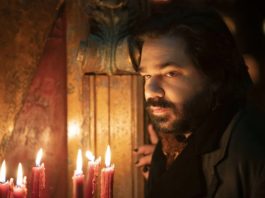 AIRDATE | Vampire comedy WHAT WE DO IN THE SHADOWS returns... 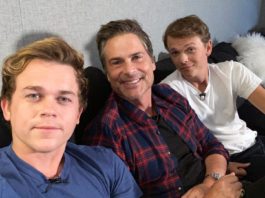