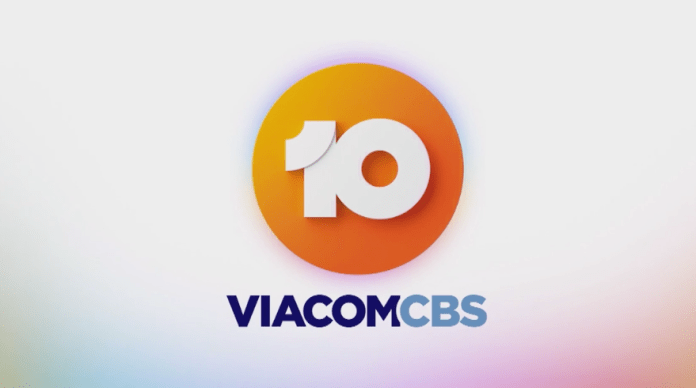 10’s suite of channels will expand in July with today’s sizzle of a new multichannel to join 10 Bold and 10 Peach.

“ViacomCBS Australia and New Zealand Chief Content Officer and Executive Vice President, Beverley McGarvey, today announced that Network 10 would unveil a fourth channel later this year. Complementing 10, 10 Peach and 10 Bold, the fourth channel will appeal to the under 50s audience. Further announcements about the channel will be made in the coming months.”

“We are undeniably the under 50’s network, including MTV, Nickelodeon and Nick Jr,” said Prosser.

It was a very slick pre-recorded presentation to advertisers reminding them of 10’s positive outlook in 2020, and the importance of 10’s place in the ViacomCBS global network. “We’re no longer the third network; we’re very competitive,” reminded McGarvey.

There was sizzle for the Bachelorette S06, the Masked Singer S02, the ‘new look’ Living Room is coming and a Junior MasterChef Australia promo.

The network has had a solid start to 2020 with a massive start to the new season of Have You Been Paying Attention?, and successful seasons of Survivor Australia: All-Stars, I’m A Celebrity…Get Me Out Of Here, Gogglebox Australia, and MasterChef Australia – the latter introducing new judges Jock Zonfrillo, Melissa Leong, and Andy Allen while running an ‘All-Stars’/fan favourite contestant group – proving positive television still rates.

10’s schedule, like all others, has been thrown in to chaos with the COVID-19 pandemic affecting production on a number programs that are still planned to fill out the rest of the year. Some have become temporary casualties (The Bachelor Australia and Neighbours for example), and others like MasterChef have been able to push through using social-distancing techniques and cancelling all special guests. They have however delivered over and above their remit and their year on year growth is largely due to a good dose of luck mixed with timing.

All eyes on 10 now for the details around their fourth channel coming soon.

Steve Molkhttps://tvblackbox.com.au/author-steve-molk/
Steve Molk is sharply focused on the business of TV in Australia across all its formats - FTA broadcast, commercial, subscription, catch up & SVOD. Based on the Central Coast of NSW he's a passionate advocate for Australian-made programming, particularly drama and comedy. He loves podcasting, gaming & watching too much TV. For all media enquiries please call or text 0401-709-405
Previous articlePROMO | RUPAUL’S DRAG RACE ALL STARS returns for season 5 on Stan
Next articleChannel 7 (surprisingly) reveals new BIG BROTHER contestant
Advertisement

Jack, Travis and Ash were the furthest off the 200m mark, and therefore had to move through to the second round, which required bravery and brains as they attempted to guess how many rats were in the Hell Hole of Destiny.
Read more