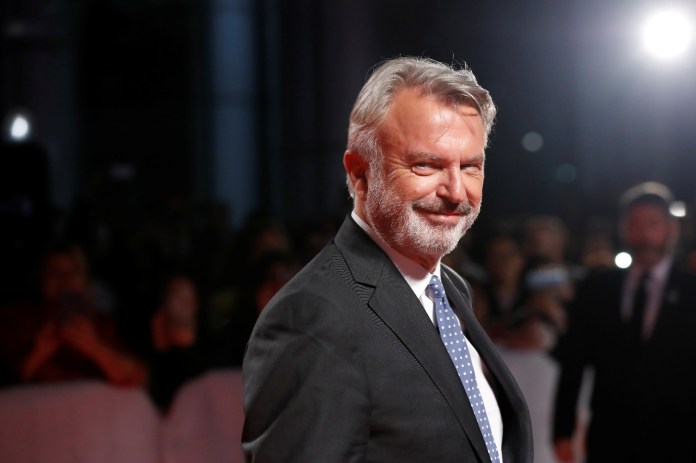 Actor Sam Neill was shooting a science fiction film in Morocco when COVID-19 started closing down the world and he realised it was time to come home. Right now, he should have been in the UK filming the blockbuster movie Jurassic World 3. Instead, he is in isolation like everyone else.

Home in Australia, suddenly with time on his hands, Sam has been cheering us up with his Twitter and Instagram feeds. Playing the ukulele, reading poems, painting and making hilarious movies with his actor friends where the lack of continuity is exactly the point.

“I just do all sorts of silly stuff that entertains me. And if someone else who is isolated and fearful and anxious gets some kind of enjoyment out of it, then it’s worth doing.”

While he may technically be a Kiwi, actor Sam Neill has done some of his best work in Australia. From his 1979 breakthrough in My Brilliant Career to his award-winning role playing Michael Chamberlain in Evil Angels, Sam has been a beloved presence on our screens for the last 40 years. In 2019, the Australian Academy of Cinema and Television Arts celebrated his lifetime achievements with the Longford Lyell award.

But Sam Neill has another brilliant career. For the last 30 years, he has been growing grapes and making wine in his beloved Central Otago in New Zealand’s South Island. From a few acres purchased more than thirty years ago, he now owns four vineyards which he farms organically. What started as a delightful diversion has gradually become an obsession.

“I opened that first bottle with great trepidation, and that was fatal because it was really good. But I wanted it to be excellent.”

Whether he’s acting, making wine or entertaining us on social media, Sam recognizes he’s in the “cheering-up business”. In a time of need, he has no intention of slowing down.

“Humanity has been through many challenges before. This is different because we’re so isolated from each other. And it’s so important that everybody’s doing that because it’s working. It’s going to be tough, but there is light at the end of the tunnel. I’m absolutely sure of it.”