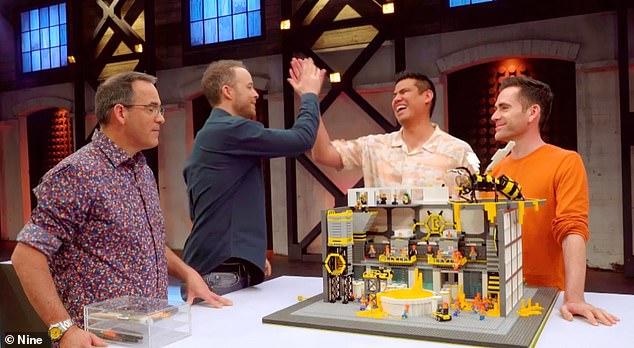 With LEGO MASTERS set to return to our screens on Sunday, April 19, Nine today put a call out for budding LEGO enthusiasts around the country to submit photos of their own LEGO creations.

The designer of the most imaginative creation will take home three of the amazing winning builds from the upcoming blockbuster series.

LEGO MASTERS was a ratings smash hit last year and is set to inspire a whole new world of wonder and creativity in its epic second season.

With school holidays upon us and people confined to their homes, there’s never been a better time to get the family together with a bucket of LEGO bricks and show us what you can create.

Starting tomorrow, Friday, April 10, we’ll issue a daily challenge, inviting you to craft your very own LEGO build, centred around that day’s theme. Whether it’s building a bridge, creating the tallest tower you can or crafting a rocket out of LEGO bricks, we want Australians to show us just how imaginative they can be.

We’ll let you know that day’s challenge each morning across our social media channels.

A daily winner will receive a LEGO Classic prize pack valued at $100, with the ultimate winner to be determined by LEGO MASTERS judge Ryan “Brickman” McNaught.