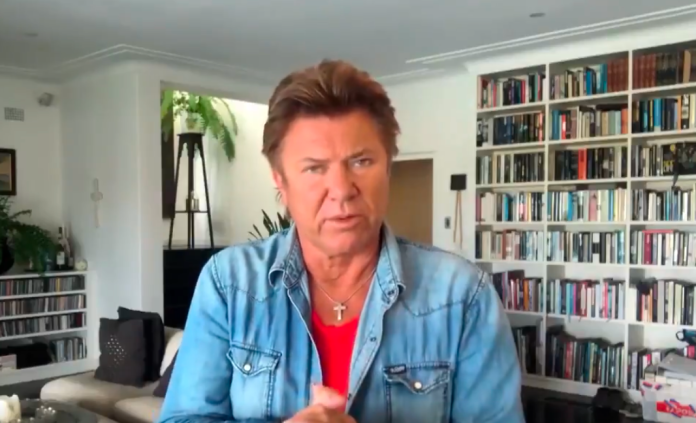 Taking a different tact from the Seven Network version, which focused on a feel good narrative, Nine has used its star power to remind us of the simple steps we can all take to #slowthespread, while also sharing heartfelt stories.

Richard Wilkins, who has tested positive to Coronavirus a number of times, talks about his reaction to hearing the news before we hear from other stars who share their fears and thoughts.

Hamish Blake finishes the video with a much needed laugh.

This is a well-produced promo and the tone is perfect. Well done Nine! Robert McKnight
"Leading TV commentator" - The Daily Telegraph | "Known for his impeccable sources in the TV industry" - The Daily Mail | Robert McKnight is a highly regarded Australian Television Producer having worked at SEVEN, NINE and TEN during his 25 years in the industry. Publicly he is most well-known for creating and producing STUDIO 10 but has worked on Sunrise, The Morning Show plus other prime time productions in addition to creating award-winning news campaigns for both 7 News and 9 News. Currently Rob is the host and producer of the TV Blackbox, McKnight Tonight and Monsters Who Murder podcasts plus host & Executive Producer of the video streaming show The Ben, Rob & Robbo show
Previous articlePROMO | New claims of child sexual abuse by Cardinal George Pell exposed in ABC TV’s REVELATION
Next articleEggs-cuse us while we interrupt your Friday with EASTER WITH THE AUSTRALIAN WOMEN’S WEEKLY
Advertisement

Watchmen helped push HBO to 30 wins in total, including 19 wins during the Creative Arts Emmys – more than any other network.
Read more

The new deal is expected to be for five years and for a smaller financial figure than the current six-year $241 million deal between Foxtel and 10.
Cricket

This years tournament will be broadcast LIVE on FOX CRICKET on Foxtel with all matches also available to stream on KAYO.
News

Watchmen helped push HBO to 30 wins in total, including 19 wins during the Creative Arts Emmys – more than any other network.
ABC

Tonight is the night COVID-19 shuts down THE BLOCK