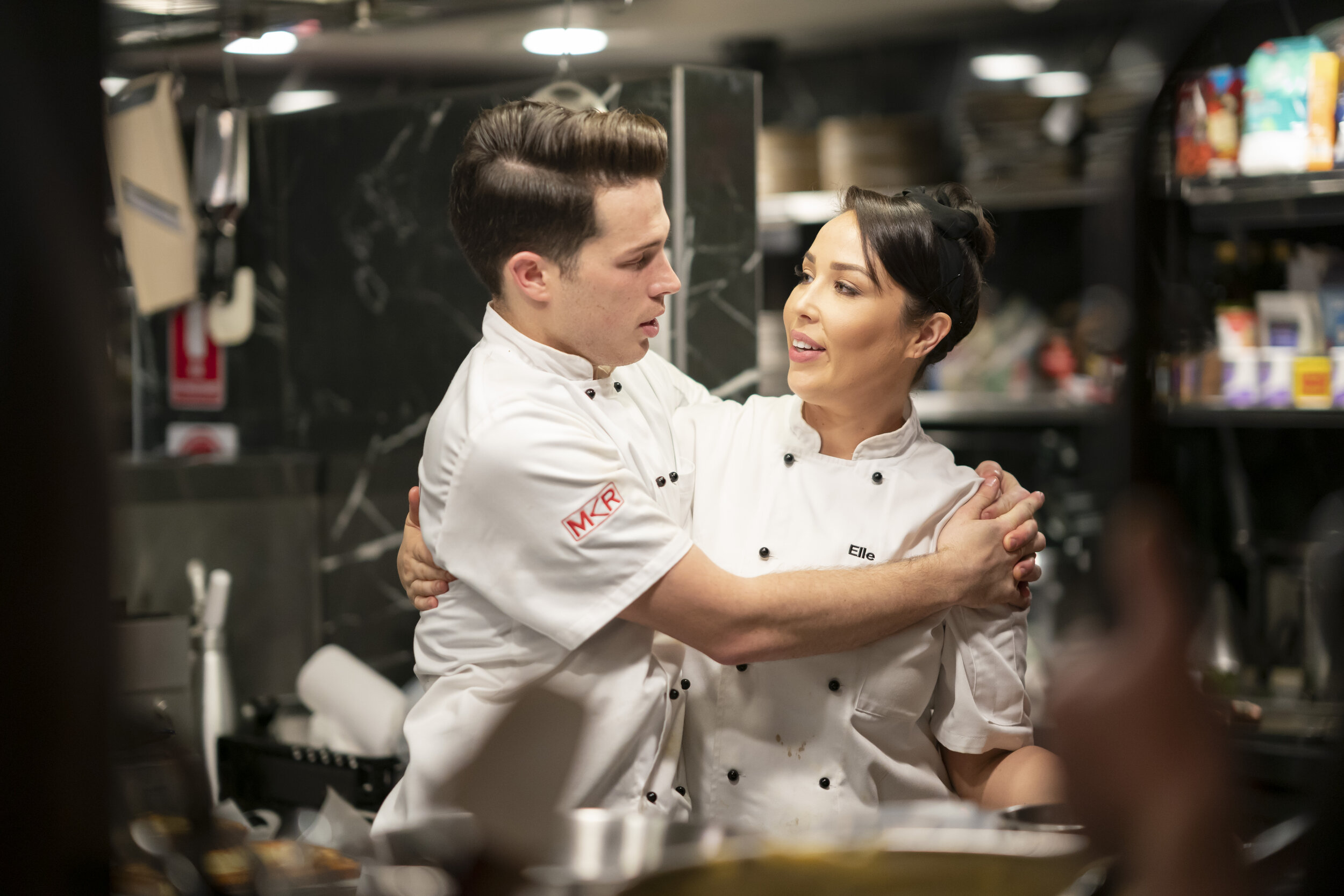 The two “Fave” teams first cooked against each other in the 2013 Season 4 Grand Final in which Dan & Steph defeated Jake & Elle to take out the title. This year, it was the brother and sister team’s time to shine, producing a near perfect four course menu which MKR judge and Faves mentor Manu Feildel said showed how they had “grown and matured.”

Jake & Elle had a rocky start to the Rivals season, coming in second lowest on the leaderboard after the Instant Restaurant round. But they pulled it together during Restaurant Takeovers and even survived the added pressure of switching to Colin’s group part way through (to even up numbers after the Fan teams were decimated in eliminations). After making it to the Top 4, the siblings cooked their way to the highest Instant Restaurant score in MKR history, cementing their place in the Grand Final.

Jake & Elle had a point to prove going head to head with frenemies Dan & Steph again tonight. They did so with simple, restrained, “very Jake & Elle” dishes which stayed true to their roots and to the type of food they cook at home; demonstrating exceptional technique, flavour, colour and texture. Dan & Steph’s decadent, fine dining, “cheffy menu” was very well critiqued but just wasn’t enough to outscore the determined siblings.

Jake & Elle plan to use the $100,000 prize money to grow their Eat Street Northshore business (which is currently closed due to COVID-19 restrictions).

“My little brother is the bee’s knees. I just love him inside and out. He’s got a beautiful personality and he’s great at what he does and I love that he has the courage to be who he wants to be. I wouldn’t want to do this with anybody else.”

It was a week where the industry faced more impacts from COVID-19, the ABC and Christian Porter went to war on the PR front and Channel 10 delivered some sizzle for their upcoming shows | TV Blackbox S05E16