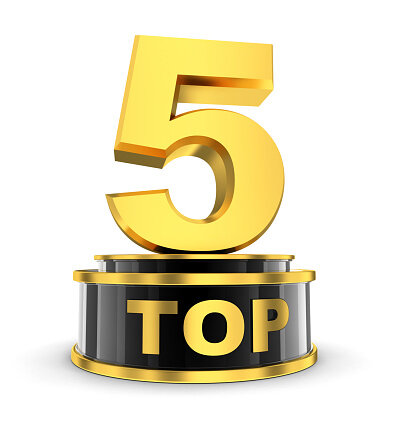 In 2019 we’ve been gifted some incredible television and as you’d expect most of it isn’t on the traditional linear broadcast platforms we’ve grown up with.

We’ve now got ten(!) primary streaming services and they make some huge contributions this year, along with Foxtel – particularly with its local stranglehold on HBO content.

Now, with the ratings year run and won, the TV Blackbox team offer our top five programs (in no specific order) for the year for your consideration and critique…

WATCHMEN (Fox Showcase/HBO)
It’s the extension of the graphic novel we didn’t know we needed until we saw it and fell in love. Damon Lindelof and his team have delivered episode after episode of mind-bending stories, while the cast including Regina King, Jeremy Irons, Jean Smart, Tim Blake Nelson and more have mesmerised us with their performances. At time of writing there’s still the finale to come, and based on the past 8 episodes HOO BABY it’s gonna be a cracker!

EL CAMINO: A BREAKING BAD MOVIE (Netflix)
A surprise addition to our schedules, and one that delivered a marvellous postscript to Vince Gilligan’s epic tale of self-destruction. Fans longed to know what happened to Jesse Pinkman (Aaron Paul) as he screamed away from the Nazi compound in the El Camino after being saved by Walter White (Brian Cranston), and this movie offered delight and warm satisfaction as fan-service writ large. The performances register in the sublime; the story slips perfectly into the Breaking Bad narrative; and it has reminded me I need to go and re-watch the entire series again (again) while I wait for the (now understandably) long-awaited new season of Better Call Saul (coming to Stan Feb 24 2020).

CHERNOBYL (Fox Showcase/HBO)
5 episodes of gobsmacking, mesmerising brilliance. Pieced together from survivor accounts and a better understanding of what was covered up by the then Communist regime in charge of the region, the meltdown of reactor 4 of the Chernobyl Nuclear Power Plant near Pripyat killed thousands and permanently affected thousands more. If even 5% of what this dramatised retelling is accurate, then the event and its aftermath is truly a nightmare.

THE LOUDEST VOICE (Stan/Showtime)
Russell Crowe delivers a tour de force as Roger Ailes, the man who built Fox News into a manipulative powerhouse for the Murdochs, who after years in charge was then exposed for his offensive and sexually-inappropriate approach to staff management (fat suit and all). There’s some serious make-up and a dodgy accent from Simon McBurney as Rupert, however it’s the horrific truth of the story, with the appropriate creative flair, that rams home the just how easily people can be manipulated if they want to be.

LEGO MASTERS AUSTRALIA (Nine)
The short-run series that had my entire family watching TV together again. Hamish Blake delivers as the ever the affable and self-effacing host, and Ryan ‘Brickman’ McNaught brought the mad skills to this reality competition with heart and small, colourful bricks. The entire series is still available on 9Now and is worth re-watching to be again amazed at the construction skill of the contestants.

Honourable Mention: BLUEY (ABC)
The little blue heeler pup that is taking over the world. She’s feisty and full of life and her dad Bandit is voiced by Custard’s Dave McCormack, along with a slew of Australian acting and musical royalty in pop-in speaking roles. If you have kids you’ve already seen it and you’ll know it’s written for them as much as you. Simply delightful.

UPRIGHT (Fox Showcase)
Who would have thought a homecoming journey across the Nullarbor featuring a piano could deliver so much drama and emotion. Tim Minchin and Milly Alcock deliver standout acting performances. This unmistakably proud Australian drama utilises dramatic locations and a killer soundtrack to portray a heartbreakingly poignant tale of love, loss and family. The ABC should take a long hard look at Upright and feel embarrassed about how generic their drama slate has become.

CHERNOBYL (Fox Showcase/HBO)
A surprise hit, this chilling mini-series never eased up on the tension throughout its five disturbingly gripping episodes. Chernobyl tells the little known, painful tale of the heroes who gave their lives to clean up after one of the world’s biggest environmental disaster and expose the truth to the world. This is a drama that stays with you long after you finish watching. 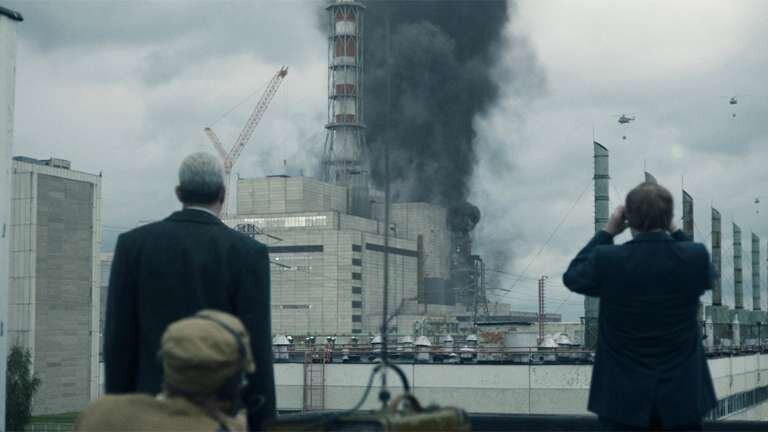 FORMULA 1: DRIVE TO SURVIVE (Netflix)
You didn’t have to be a fan of the sport, to be enthralled by this 10-part docu-series. The on-track race vision was of a quality never seen before, but it was the behind the scenes backstabbing drama that delivered storylines more gob-smackingly compelling than any reality show this year.

GRUEN (ABC)
One of few shining lights on ABC this year, Wil Anderson and the Gruen team produced possibly their finest and most successful seasons yet. Taking the somewhat frivolous world of advertising and using it as a springboard to discuss some of the most important topics affecting our society today.

Who else but Ricky Gervais could deliver a laugh-out-loud look into the world of depression, loss and suicide. This 6-part series was full of heartbreaking, poignant and insightful moments, while in true Gervais style never took itself too seriously.

THE CIRCLE (Channel 4)
Hands down the best show made this year anywhere in the world! Fans of the podcast will know how much I love this show and even though it has not been shown in Australia it is a guiding light on how reality TV should be made.

CHERNOBYL (Fox Showcase/HBO)
This was event TV at its best. The world watched as one of the most dramatic real-life stories of our time played our as an epic drama that showed the human face of the catastrophe. 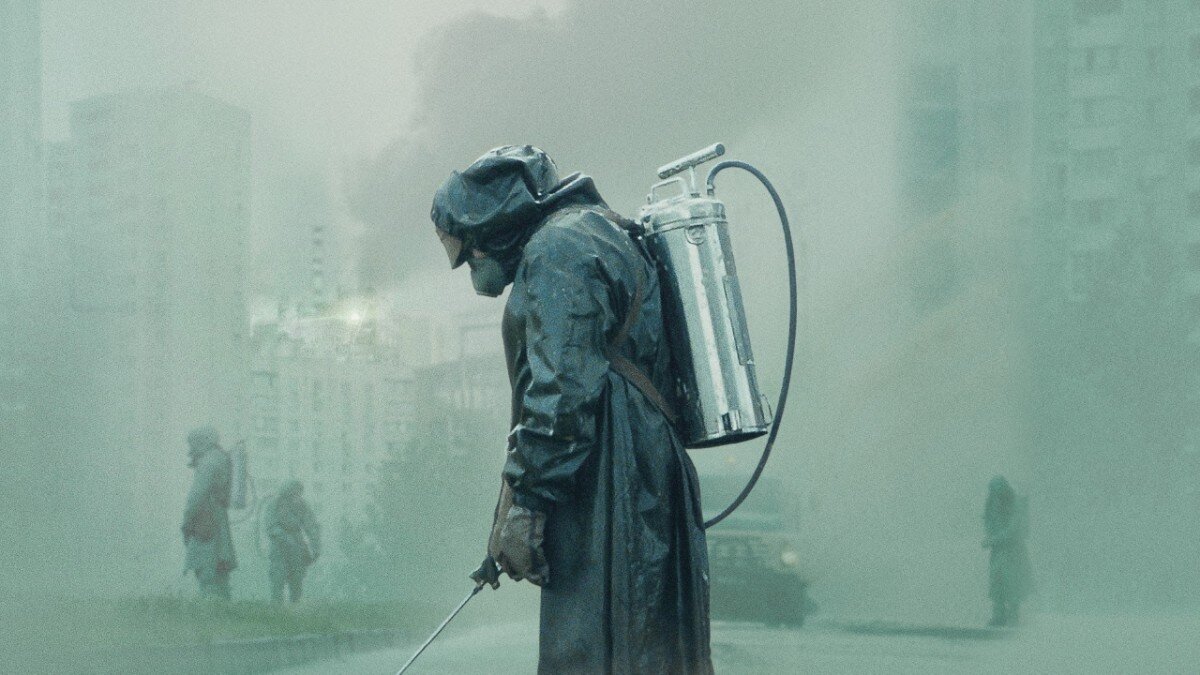 THE MASKED SINGER AUSTRALIA (10)
Full marks to Channel 10 for taking a punt on this crazy format and making it work. They spent the money, went in hard and reaped the benefits. The execs at ten deserve full praise for using this show to get its mojo back and deliver a fun experience for the entire family.

THE MANDALORIAN (Disney+)
I am just absolutely in love with this series. While I understand it’s not everyone’s cup of tea, I can find no fault with the storytelling and pace of this gripping drama from the Star Wars universe.

THE BIG BANG THEORY (Nine)
Bowing out for the final time this year this show deserves full credit for continuing to entertain audiences around the world until the very end. I would have happily watched this show for another 10 years.

GAME OF THRONES (Fox Showcase/HBO)
Surely the most anticipated final season of any show in the last five years. It was bloody, it was action packed and its rushed ending divided viewers, but I loved every second of it.

THE MASKED SINGER AUSTRALIA (10)
Who would have thought B grade celebrities dressed up in outlandish costumes would be so addictive? 10 went all out on the budget and it clicked with viewers. 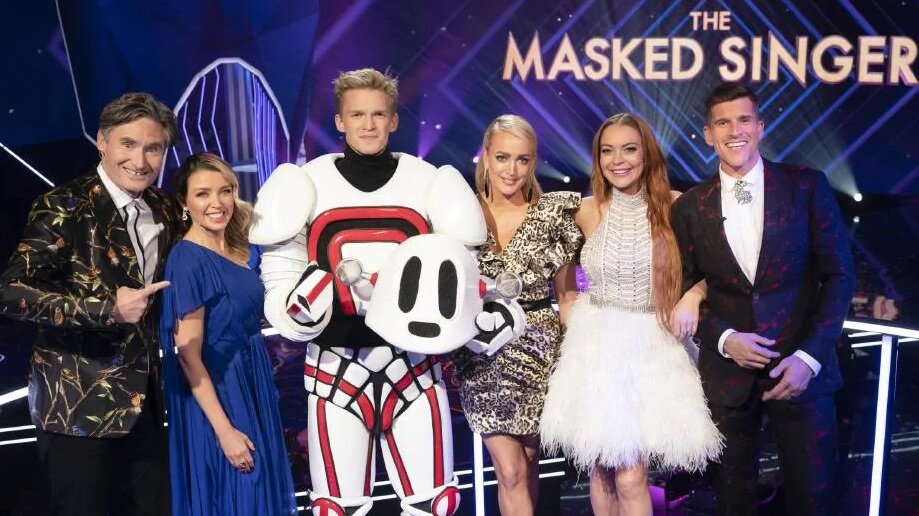 STRANGER THINGS (Netflix)
The first season was brilliant, the second was just okay, but season three came back with a bang and was back on top of its game.

This current affairs program ran a local Perth edition from January 1995 to November this year. Even when the East coast cancelled their version in 2014, Perth (and Adelaide) continued with this program. This had an unbeaten, high rating run and will be missed by the Perth community,

BRIDE AND PREJUDICE: THE FORBIDDEN WEDDINGS (Seven)
I know, kill me right? Totally underrated and misunderstood. Although people will want to compare it to Married at First Sight with the squabbling dinner parties and walk outs, at its heart it was a show about family dynamics, family breakdown, hope, religion, faith, diversity, culture and love.

Honourable mentions: Have You Been Paying Attention? (10) and Gogglebox Australia (10/Foxtel).

Steve Molkhttps://tvblackbox.com.au/author-steve-molk/
Steve Molk is sharply focused on the business of TV in Australia across all its formats - FTA broadcast, commercial, subscription, catch up & SVOD. Based on the Central Coast of NSW he's a passionate advocate for Australian-made programming, particularly drama and comedy. He loves podcasting, gaming & watching too much TV. For all media enquiries please call or text 0401-709-405
Previous articleLeaked documents reveal audition process for BIG BROTHER
Next articleTRAILER | Starring Jude Law and John Malkovich, acclaimed drama THE NEW POPE premieres exclusively on SBS On Demand
Advertisement

Victorians David and Gus were tonight crowned the winners of season three of LEGO® Masters on Channel 9.

The CEO of Channel 7 described Channel 10’s Up Close sales reel as ‘desperate’. Is he right or was 10 pitch perfect talking to advertisers? This is TV Blackbox S05E19

MONSTERS AT WORK, BLACK WIDOW, and more coming to Disney+ in July, including the season finale of LOKI

Disney+ in July 2021 includes some big Marvel hits like Black Widow and the season finale of Loki, but also tugs on the nostalgic heartstrings with Monsters at Work, a series spin-off of Monsters Inc.

Broadcasting live from the regional town, Paul will meet with local performers and visit the town’s top tourist destinations, showcasing the very best of the region to encourage Australians - where they can - to make Gladstone and tropical Queensland their next holiday destination.

Apple today released the official trailer for “Watch the Sound with Mark Ronson,” a new six-part docuseries that examines sound creation and the revolutionary technology that has shaped music as we know it.

EURO 2020 Round of 16 fixtures now confirmed

The UEFA EURO 2020 group phase came to a close this morning (AEST), with four phenomenal fixtures featuring a whopping 18 goals deciding which nations advanced to the Round of 16 and establishing a tantalising set of fixtures as the tournament enters the knockout phase.

SBS has announced the appointment of Julie Eckersley as its new Head of Scripted, to oversee an expanding slate of locally commissioned fiction content, and related industry initiatives championing inclusion in the Australian screen sector.

STEVE MARTIN, MARTIN SHORT, and SELENA GOMEZ star in new series, ONLY MURDERS IN THE BUILDING

The DEEPFAKE Videos that are changing reality – Tonight on FOREIGN CORRESPONDENT