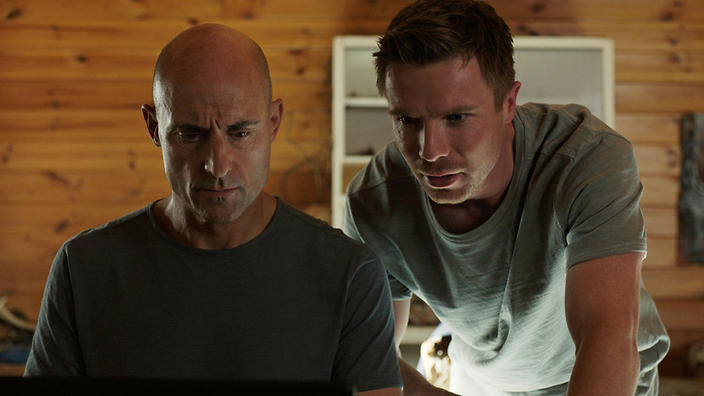 Three US Special Forces are killed in an ambush in Mali – supposedly there to help arm the Malians in their fight against terrorism. However, all is not as it seems.

As the story progresses, we realise that this is all part of a cover for the new gold rush – the goal is to beat China in the race for African natural resources – oil, gas, ore, and minerals. It’s a dirty war for clean energy.

We’ll quickly learn that the real target of the ambush was young translator Aicha – but what makes her such a threat?

Deep State, starring Walton Goggins (Ant-Man and The Wasp, Tomb Raider), sees Harry Clarke, Leyla Toumi and George White entangled in the dangerous world of the deep state as they set their sights on Mali, a country replete in vast natural resources.

Natalie, a young French woman living in Israel, is accused of murdering her husband on the night of her wedding.
Read more

RECAP | Burning Rice Is Dipper’s Vice on I’m A Celebrity… Get Me Out Of Here! | #ImACelebrityAU

Coated in protective layers of insect repellent, Colin and Alli dove deep into the Land Down Under trial, which saw them competing in opposing tunnels that were overrun with critters.