20th Anniversary of SpongeBob SquarePants to be celebrated these School Holidays 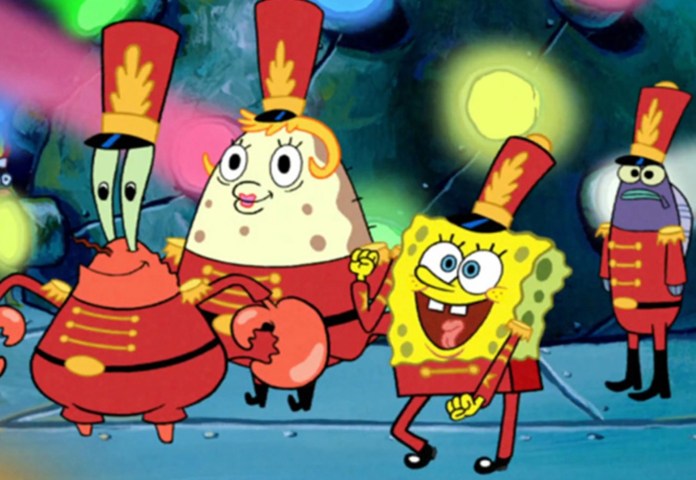 New episodes include a sponge-tastic, birthday-themed hour-long special, SpongeBob’s Big Birthday Blowout, a deep dive into Australia’s Great Barrier Reef with the locally produced SpongeBob’s Reef Adventures, a Frank the Fish mystery episode, Bikini Bottom Mysteries – There’s Something Fishy About Frank, and a look at the spin-off series, The Patrick Show, all available to stream On Demand this July.

The episode is a tribute to one of the most iconic TV shows and characters ever created, and in a series first, invites the talented voice cast to the screen to take their well-deserved curtain call for their efforts in bringing the series’ characters to life. In the episode, SpongeBob and Patrick tour the surface world while the rest of Bikini Bottom prepares a birthday surprise for SpongeBob!

Take a deep dive into the Great Barrier Reef with SpongeBob SquarePants to learn about Australia’s stunning ocean and marine life. In collaboration with not-for-profit organization Citizens of the Great Barrier Reef and Emmy award-winning marine producers, Biopixel, Nickelodeon Australia has created an awe-inspiring short form series that turns the science of climate change and the complexity of one the world’s most unique ecosystems, the Great Barrier Reef, into an entertaining and relatable content experience for kids. The 7-part series combines 4K ocean cinematography with vibrant 2D animation from world-renowned SpongeBob SquarePants and takes kids on an underwater adventure into the curious creatures and features of Great Barrier Reef and the threats it currently faces as a result of climate change.

In the first episode of this spin-off show, Patrick accidently falls in a pit while on vacation with SpongeBob and ends up meeting some wacky friends.

There is something fishy about Frank, he has multiple names, multiple personalities, and even multiple wives?! What is this fishy flounder hiding? Think Bikini Bottom is a quaint little underwater city? Well wake up, because things are about to get… fishy! With a closer look, you’ll find more secrets, scandals, and unsolved mysteries than you could possibly imagine.

In addition, Nickelodeon also has the fourth season of its locally produced kids’ reality TV series, SLIME CUP, returning to Foxtel and streaming On Demand this July.

Bigger, better and ‘SLIMIER’ than ever before, the six-episode series, which premiered on Monday July 1 at 5.30pm and continues every Monday at 5.30pm until August 5, challenges teams of kids to compete against one another to complete a SpongeBob SquarePants inspired SLIME-filled course with hanging jellyfish, slippery SLIME holes and much more, all for the chance achieve glory as the official SLIME CUP champions!

Hell in the Heartland: What Happened to Ashley and Lauria?, sheds new light on a fascinating mystery that has stumped investigators for 20 years.

From alleged UFO encounters to sudden disappearances to evil possessions, series host William Shatner attempts to get to the truth behind the most bizarre and mysterious events ever reported.