Taking the Piss out of Reality TV while inspiring Kids to Create. Why the Brickman said Yes to LEGO MASTERS

As a 3-year-old child receiving his first Lego set, a little Blue Boat from a loving grandmother, Ryan McNaught could never have imagined just how much his life was about to be influenced by this simple, yet limitless toy.

It’s a journey which would see him take on some exciting building projects, becoming one of only 13 Certified Professional Lego Builders in the world, and now perhaps even more bizarrely, he finds himself as a judge on one of the most highly anticipated reality shows of 2019, Lego Masters.

“When someone says to you, ‘Hey, let’s make a Reality TV show’, you don’t necessarily have the best thoughts in your mind, do you? You sort of think, ‘Oh, it’ll be a bit trashy,” the ‘Brickman’ confessed when we spoke recently.

“But this show is the opposite. It’s this really positive, fun, great thing that’s a very different experience.”

The basic format for Lego Masters is simple, it’s Masterchef without the food. The series will see eight pairs of passionate creators let loose on The Brick Pit where 2.5 million LEGO bricks await, ready to build models and masterpieces that must be seen to be believed.

But don’t let that simple description fool you, what sets this show apart from the pack is the fact its hosted by Hamish Blake who refuses to be restrained by a traditional reality format.

“I think that’s where Hamish really excels. Excuse the language, but he’s almost taking the piss outta those other shows. That’s what makes this so much fun.”

“Working with someone like Hamish, he’s incredibly funny, he loves Lego as much as I do. He was just a fantastic guy to help me and guide me through the whole television process.” 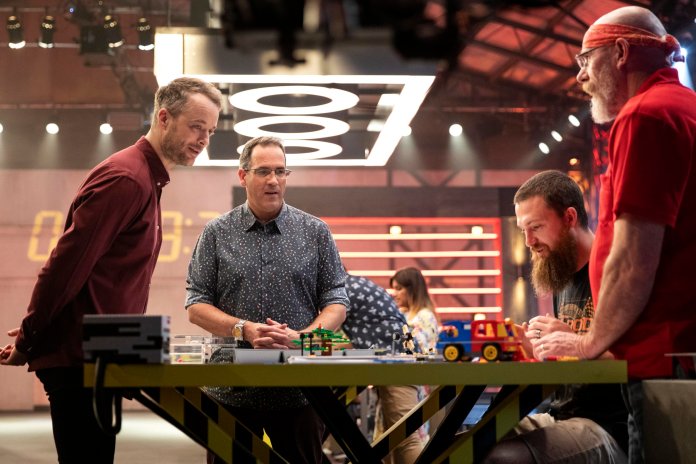 The 8-episode series will air across just 3 weeks, with NINE hoping to recreate the event television hype experienced by Ninja Warrior in 2017.

Unlike so much of the content currently airing in prime-time, this show is aimed directly at families, with McNaught believing LEGO remains the perfect toy for kids.

“You’re getting kids away from that digital world, there’s this really unique thing with Lego, it’s the art of creation. Kids can build something, they can come up and say, ‘Hey Dad, look what we’ve built. Here’s the most amazing cave with bats living in it that turns into a planet.’

Whatever the case happens to be, whatever the kids’ imagination is, they’ve actually got something to show for it, and they’re really proud of it, and that act of putting things together and constructing and making something is pretty unique.”

LEGO is now The Brickman’s full-time occupation, his business employs seven people, and has contracts with some of the world’s biggest companies, McNaught has clearly not lost his lifelong love for the toy he fell in love with as a small child.

“We have built a couple of life-size cars. We did a big rocket, which is seven and a half metres tall. We did the big Christmas tree at Federation Square a couple years ago. So yeah, we’ve done some pretty crazy things over time.”

“The last LEGO car we made was over a thousand hours to put together, there’s a lot of project planning in doing that, but it’s still fun.”

Despite it being such a fantastic tale, McNaught remains humble about his journey to becoming one of the worlds best LEGO builders.

“I played with LEGO up until I was a teenager, then it wasn’t until we had kids, I’ve got twin boys, my mom had kept my LEGO, So I got back into it then.”

“I use to work in IT, so I started incorporating LEGO into projects using computers and robotics. Soon I was doing my 8 or 10 hours of normal work a day, plus LEGO at home while trying to raise a family.”

“It was one of those things where everything just sort of aligns. You take a risk, you make an educated gamble. You still got a mortgage to pay and all of those kinds of bits and pieces but basically, you back yourself and go from there.” 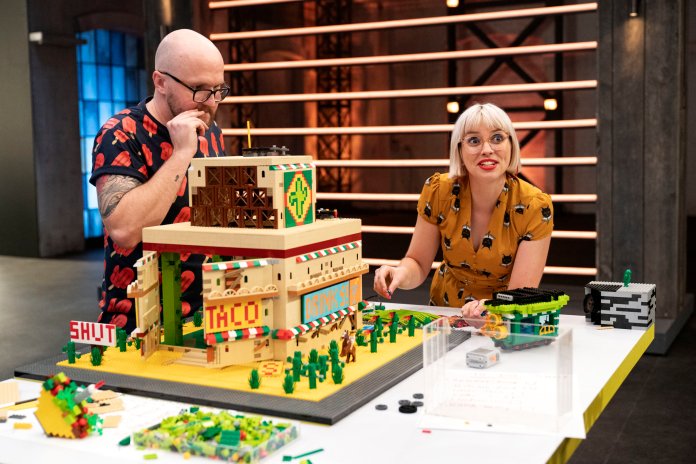 The Brickman confesses he was unsure what to expect from the contestants upon joining the show but was clearly impressed by the skills displayed in this first series.

“My role on this show is to judge, but I’m also there to try and get the most amazing Lego models you can see.

In the first episode, contestants build some pretty incredible things, but by the end of series, the things that they’re making are just mind-blowingly awesome.”

LEGO MASTERS premieres this Sunday, April 28, at 7.00pm, and continue Monday and Tuesday at 7:30pm on NINE.

Kevin Perry
Co-Creator and Editor of the TV Blackbox website, Kevin Perry is an experienced media commentator focused on TV Production, Consumer Tech, SVOD & Sports Broadcasting. | Call/Text 0428 275 111
Previous articleFOUR CORNERS | The Interrogation: the controversial police technique putting innocent people behind bars.
Next articleHow far would you push yourself for a cause you believe in? on AUSTRALIAN STORY
Advertisement

Kyle Sandilands talks the lie detector stunt, his feud with 2-Day FM and his warning for Karl Stefanovic
Read more

Adam Boland reshaped breakfast TV in Australia with Sunrise on Channel 7, but it came with a price.
Read more