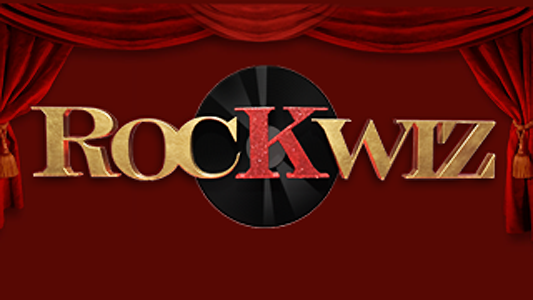 After much speculation late in 2018 when SBS didn’t announce a new season of everyone’s favourite Aus-music-cum-pub-quiz show, it’s official: RocKwiz has not been renewed.

Host Julia Zemiro was circumspect about the cancellation on Twitter:

Yes it’s true @RocKwiz officially is no longer @SBS . While disappointing I must celebrate their vision a decade ago to give us a chance in the first place. We were the little ship that could. And did. https://t.co/oPFKgtNBQt

The show found its spiritual home in “The Gershwin Room” at St Kilda’s Esplanade Hotel (fondly known as The Espy), which itself had been the home of many huge performances by Australian and touring acts. It was also the home of the short-lived Hessie’s Shed TV show hosted by Paul Hester, which included one of the creators of RocKwiz Brian Nankervis.

Every fan had their favourite performance. The plethora of artists that appeared on RocKwiz was representative of the calibre of the show as much as its place with Australian music history. Live tours, festival performances, a documentary about some friends trying to get their friend on the panel, and a phenomenal variety of musical styles and performers all found their voice in one little show with one incredibly-talented backing band.

On the cancellation, SBS gave this statement to TheMusic.com.au:

“After more than a decade, SBS has made the decision not to commission a new series of RocKwiz.

“We thank the production team for all of their work in entertaining Australians over the years – 12 seasons, in addition to multiple specials and live shows, is an incredible achievement for any TV series. We also recognise the many dedicated fans who have supported the show since it was first shown on SBS in 2005.”

The RocKwiz team will say farewell to its many fans with a small number of live shows later in 2019.

Steve Molkhttps://tvblackbox.com.au/author-steve-molk/
Steve Molk is sharply focused on the business of TV in Australia across all its formats - FTA broadcast, commercial, subscription, catch up & SVOD. Based on the Central Coast of NSW he's a passionate advocate for Australian-made programming, particularly drama and comedy. He loves podcasting, gaming & watching too much TV. For all media enquiries please call or text 0401-709-405
Previous articleAIRDATE | CHRIS AND JULIA’S SUNDAY NIGHT TAKEAWAY
Next article2018 Ratings Wrap – Official Figures
Advertisement

Scott Farquhar is the co-founder and co-CEO of software giant Atlassian and sits near the very top of Australia’s rich list.
Read more

They discuss the background of My Brilliant Career, which saw her become the first woman to direct a feature film in Australia in 50 years.
Read more